The Isaac Newton Institute for Mathematical Sciences was opened in July 1992, after four years of careful preparation. For a number of years and a variety of reasons, a need had been felt for a UK national institute in mathematics and theoretical physics. The realisation of this idea became possible with the availability of “pump-priming” financial support from Cambridge Colleges, notably St John’s College and Trinity College (through the Isaac Newton Trust). St John’s offered to provide a purpose-built building on land it owned in West Cambridge, promising to subvent the rent by £150,000 for five years and Trinity offered £200,000pa towards running costs for the first five years. Further support and endorsement came from the London Mathematical Society (LMS) at its retreat in May 1989 at the Isle of Thorns. This was followed by negotiations with the Science and Engineering Research Council (SERC), since replaced by the Engineering and Physical Sciences Research Council (EPSRC), which invited proposals from universities wishing to develop a mathematics institute and, after consideration of proposals from Cambridge, Edinburgh (Edinburgh and Heriot-Watt Universities), London, Oxford and Warwick, recommended the funding of the Cambridge proposal and offered a “rolling grant” of about £ 366,000pa for the first four years. Further funding was forthcoming from NM Rothschild and Sons and other generous contributions to setting-up costs came from Apple UK; Cambridge University Press; Princeton University Press; Springer-Verlag and other publishers; Christ’s, Gonville and Caius, Emmanuel and Jesus Colleges; the Nuffield Foundation; Sun Microsystems; and the University of Cambridge.

Sir Michael Atiyah was appointed the first Director of the Institute in 1990. Dr (now Professor) Peter Goddard, a prime mover in the establishment and development of the Institute, was appointed as the first Deputy Director. The Institute was formally established as part of the University of Cambridge on 2 November 1990, with a Management Committee and Scientific Steering Committee. The Scientific Steering Committee met for the first time in 1990 and recommended that the Director select Low Dimensional Topology and Quantum Field Theory and Dynamo Theory as the first programmes to start in July 1992. By the time the Institute opened on 3 July 1992, the eight programmes which would occupy the first two years were at advanced stages of preparation, with invitations issued for nearly all of the first year and much of the second. The official opening of the building took place on 30 October 1992 when the Chancellor of the University, HRH the Duke of Edinburgh, came to the Institute and met many of the visiting members.

The Isaac Newton Institute is now firmly established as the UK’s national research institute for mathematics. Funding for its ongoing activities derives from a wide variety of sources including the University of Cambridge, but the largest single source of funds remains the rolling grant from EPSRC, which is currently in excess of £1.6m pa and is subject to rigorous peer review every three years. Many other institutions and individuals have also made donations to the Institute, including NM Rothschild and Sons, Hewlett-Packard, the Dill Faulkes Foundation, Leverhulme Trust, CNRS, Rosenbaum Foundation, PF Charitable Trust, London Mathematical Society, Prudential Corporation plc and the Clay Mathematics Institute.

From its inception, it was intended that the Institute should be devoted to the Mathematical Sciences in the broadest sense. In this respect the Institute differs significantly from similar institutes in other countries. A key criterion in the selection of scientific programmes is the extent to which they are interdisciplinary, bringing together research workers with very different backgrounds and expertise. Sometimes a single mathematical topic may attract a wide entourage from other scientific fields. Since the Institute opened, 27 Fields Medallists, 9 Nobel Laureates, 23 winners of a Wolf Prize and 12 winners of the Abel Prize have attended Institute programmes.

The National Advisory Board was founded in 1999 following an EPSRC panel visit, to ensure that the Institute maintained and developed its role as a national research centre in the Mathematical Sciences, serving the UK community. Amongst the Board’s initiatives have been the creation of the network of Correspondents in universities and other institutions in the UK, to help disseminate the work of the Institute, encouragement of the complementary relationship with the International Centre for Mathematical Sciences in Edinburgh, and the encouragement of the Junior Membership scheme, which awards grants to allow young UK scientists to attend the Institute. In 2008, after widespread consultation, it was deemed that the Board had fulfilled its purpose, and the decision was taken to disband it. To ensure that the Institute continued to serve UK national interests, the network of Correspondents was strengthened by the creation of the post of Chair of Correspondents, who was co-opted onto the Management Committee.

On 23 June 1993 in the last of 3 lectures given as part of the programme on L-functions and Arithmetic, Andrew Wiles announced his proof of Fermat’s Last Theorem. Soon afterwards it became apparent that there was a gap in the proof. Richard Taylor, a young mathematician then based in Cambridge and who had attended the lecture, quickly formed a collaboration with Wiles. The two then worked together to close the gap and produced 2 papers under joint authorship. The Centre for Mathematical Sciences

In 1996 the initial work began for a new Centre for Mathematical Sciences on land next to the Newton Institute. It was completed in December 2002 and is home to the Department of Applied Mathematics and Theoretical Physics, Department of Pure Mathematics and Mathematical Statistics and the Betty and Gordon Moore Library of Cambridge University. The complex brings together 25 mathematics groups into seven pavilions combining 340 offices that congregate via a central, partially sunken, building. 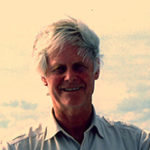 Professor Keith Moffatt took over as Director in October 1996. 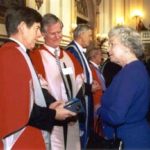 In 1999 the Isaac Newton Institute won a Queen’s Anniversary Prize, awarded in recognition of world-class achievement in education. Professor Keith Moffatt accompanied Sir Alec Broers, then Vice-Chancellor of the University, to Buckingham Palace on 11 February to collect the Prizewinners’ Medal. 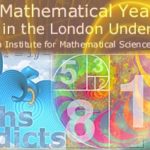 Posters in the London Underground

During World Mathematical Year 2000, a sequence of posters designed at the Isaac Newton Institute was displayed month by month in the trains of the London Underground. The idea of the posters was to bring maths to life, illustrating the wide applications of modern mathematics in all branches of science – physical, biological, technological and financial. Sets of posters were distributed free of charge to all UK secondary schools throughout 2000-2002.The posters have since been used on a variety of TV and film sets, including the US television drama Dawson’s Creek, and the UK children’s drama series Grange Hill. A booklet of the posters has been produced and both the booklet and the posters themselves are for sale. 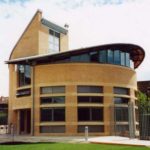 Dr Dill Faulkes generously gave the Institute a donation to enable the construction of an additional building. The Faulkes Gatehouse was completed in June 2001, ready for use during the summer programmes. The Gatehouse forms the main pedestrian entrance to the Centre for Mathematical Sciences and brings much needed extra space for the Newton Institute including a 42 seater seminar room, 3 generous offices and a basement storage room.

Sir John Kingman took over as Director in October 2001. 10th Anniversary of the Newton Institute

In 2002 the Institute celebrated its 10th Anniversary. A variety of events took place to mark the occasion, some academic and others aimed at the general public. A special day of academic celebration on 2 July included 4 keynote lectures and the inaugural lecture of the Director, Sir John Kingman. The public events were aimed at three separate age groups and were well attended by around 100 people including many teenagers and younger children.

Sir David Wallace took over as Director in October 2006. Professor John Toland took over as Director in October 2011.

An Interview with John Toland

The Newton Institute was delighted to welcome Turner Prize Winning Sculptor Professor Grenville Davey as the artist-in-residence for the duration of the programme The Mathematics and Applications of Branes in String and M-theory from January to June 2012. Professor Davey was working with Dr David Berman, one of the programme organisers, who is an expert in M-theory, an extension of string theory. Together they presented sessions at the Institute to discuss their collaboration on works inspired by ideas from the cutting edge of contemporary theoretical physics.

20th Anniversary of the Newton Institute

During 2012 the Newton Institute organised a number of events to celebrate its 20th Anniversary. A focal point was the Celebration Day held at the Institute in July. Over 100 guests including staff, former staff, past Directors and Deputy Directors, together with supporters and friends of the Institute, gathered for an afternoon of talks and exhibitions about the architecture of the building, the history of the Institute and the current scientific work taking place on our programmes. Speakers included former Deputy Director Professor Peter Goddard, as well as Fields Medallist and former Leibniz Fellow at the Institute Professor Wendelin Werner. Professor David Abrahams took over as Director in October 2016. In January 2021 a £10m INI funding increase was announced, effectively doubling the Institute’s yearly income. The annual operating budget was thus increased from £3m to over £5m, enabling INI to facilitate a greater number of scientists to follow more “adventurous and speculative” projects. 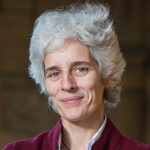 Professor Ulrike Tillmann FRS was announced as the next Director of INI in February 2021, taking over the role in October 2021.