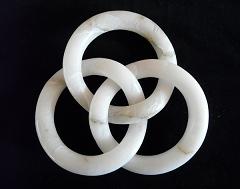 The main goal of this programme is to bring together the two research communities working on Grothendieck-Teichmüller theory on the one hand, and on operadic deformation theory on the other hand. These themes lie at the forefront of current research in algebra, algebraic and differential geometry, number theory, topology and mathematical physics.

Research in mathematics often alternates breakthroughs and periods of sedimentation of ideas. More than 10 years after those major results, the underlying theories have now been well understood and we can expect new important discoveries. Recently, some results have been proved at the intersection of Grothendieck-Teichmüller groups, deformation theory, operads and multiple zeta values. These fields of research clearly overlap and such a programme should facilitate the cross-fertilization between them.

The main topics of the programme are:

The programme will include 4 weekly courses, over the course of a month, on the aforementioned topics. The courses will be mainly addressed to students and to non-specialists and will be organised in order to make them accessible to the UK community. Two workshops are also scheduled to cover more advanced results.

The programme is supported by the Clay Mathematics Institute.