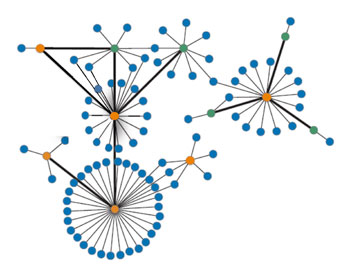 In 2013, it is 20 years since a six-month programme on Epidemic Models was held at the Isaac Newton Institute for Mathematical Sciences in Cambridge, UK. This programme was very influential in shaping the research field of infectious disease dynamics from its mostly mathematical initial development in the nineteen-seventies and eighties to its current breadth and depth, dealing with important veterinary and human infections.

In the last 20 years, the field has changed profoundly in many ways: it has attracted many researchers, who come from a very large range of disciplines, most taking a biological question rather than a methodological question as the starting point for their research; the use of models to inform (veterinary and human public) health policy has matured; the integration with data, and the required methodology, has become much stronger; sources of heterogeneity, previously often neglected, or unrecognised as important, have become much richer, partly as a result of the availability of new data sources and profound advances in data gathering techniques, computing techniques and power; many new infectious agents have appeared making scientific efforts in understanding infectious disease dynamics even more relevant to the real world. Both key veterinary and human infections were instrumental in shaping the field, it is expected that notably zoonotic infections will move the field further in the next decades.

We aim to bring together 100 scientists in our field, mostly on an invitation basis, across a wide range of interests, disciplines and ages, to define what these changes mean for the future of the field and to establish a research agenda for the coming decade. In addition, we celebrate the twentieth anniversary of the instrumental initial Newton programme.

Given the nature of the meeting, we are directly inviting the speakers (balancing the participants from the original 1993 meeting, as well as later generations of researchers) and asking them specifically to address the broad topics that we have identified. The workshop will run for five days, ending after lunch on Friday 23 August. There will be one and a half days devoted to painting 20 years of post-Newton developments, one and a half days devoted to topics of great importance for the future of the field, and two half days devoted to public health needs with respect to our collective insight and methodology. We have chosen a form for the workshop that maximises the opportunity for discussion.

The nature of the workshop is that speakers will be addressing their themes broadly, instead of talking about their own work in this area. For that reason, there will, as part of the workshop, be the possibility to present and discuss posters on more specific focussed new research.

Although attendance is mostly by invitation, there are a small number of places available for young scientists in the field of infectious disease dynamics, with preference for scientists from outside Europe and the USA. The organising committee will decide which applicants can come to the meeting, should more people apply than places exist.