We are thrilled to announce that Professor Ulrike Tillmann has been named as the next Director of the Isaac Newton Institute, a position that she will take up from 1 October 2021.

A Professor of Mathematics at Oxford University and Fellow of the Royal Society with multiple awards to her name, Professor Tillmann boasts established connections across the international mathematical sciences community from the London Mathematical Society to the Fields Institute. Her five-year appointment means that she will follow in the footsteps of Sir Michael Atiyah, Keith Moffatt, Sir John Kingman, Sir David Wallace, John Toland and current Director David Abrahams to become the seventh holder of the role since INI’s opening in 1992.

“This is an exciting time for UK mathematics and the Institute in particular. I look forward to building on its worldwide reputation for its excellent programmes in the mathematical sciences.”

David Abrahams said, “I am delighted to congratulate Ulrike Tillmann FRS on her appointment as Director. Ulrike is an internationally renowned mathematician with extensive experience of leadership roles in mathematics, and was an outstanding candidate even in such a competitive field. With its recent substantial increase in funding, and expanded role across international mathematical sciences and beyond, INI needs a leader who understands the aspirations of this extended community and the enormous opportunities for INI to best satisfy these. Ulrike’s close ties to the Institute go back many years and I look forward to working closely with her over coming months to ensure our exciting expansion plans are developed and realised in a seamless fashion.”

Professor Tillmann served as a member of INI’s Management Committee from 2014-2019 and was one of four organisers of the six month “Homotopy harnessing higher structures” (HHH) programme from July to December 2018, as well as a participant in the 2013 programme “Grothendieck-Teichmüller Groups, Deformation and Operads” (GDO). Previous seminars given by Professor Tillmann at INI include “Infinite loop space machines and TQFTs” (HHH programme, 2018), “Homology stability for symmetric diffeomorphisms and their mapping classes” (GDO programme, 2013), and “Sampling with Confidence” (Geometric and Topological Approaches to Data Analysis workshop, 2019).

From November 2021 she will succeed Professor Jonathan Keating as President of the London Mathematical Society, a two-year appointment that she will hold concurrently with her position at INI.

After finishing her early education in Germany, Ulrike Tillmann went to Brandeis University as a Wien International Scholar and studied for her PhD under Ralph Cohen at Stanford. This was followed by collaborations with Graeme Segal in Cambridge before she took her current position in Oxford where she is, amongst other roles, the co-director of the Centre for Topological Data Analysis and a fellow of Merton College.

She was awarded the Whitehead Prize by the London Mathematical Society in 2004 and the Bessel Preis by the Humboldt Society in 2008. Elected a fellow of the Royal Society in 2008, she was an inaugural fellow of the American Mathematical Society in 2012, and became a member of the Leopoldina in 2017. She has also been a fellow of The Alan Turing Institute since its establishment in 2015, and serves on scientific boards of several international institutions, including the Fields Institute and the Austrian Science Foundation. At the end of 2020 she finished her term as a member of Council of the Royal Society where she also served as interim Vice President in 2018.

Ulrike has worked broadly in topology, K-theory, and non-commutative geometry. Her work on the moduli spaces of Riemann surfaces and manifolds of higher dimensions has been inspired by problems in quantum physics and string theory. Her most recent work has been inspired by new and developing challenges in data science. 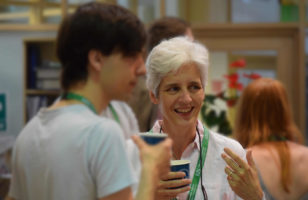 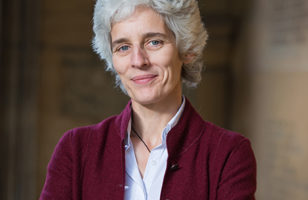 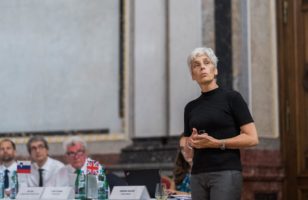 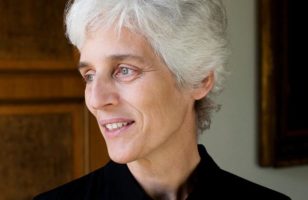