July 2017 marked the 25th year since the first programmes were held at the Isaac Newton Institute following its official opening in 1992. A range of activities were organised to celebrate this important anniversary. The first event – an audience with artist Nigel Hall RA – took place at INI on the evening of 19 July 2017. This was followed by a full day of celebrations, also at INI, on 20 July 2017. Below you will find a short summary of the first event, as well as video footage from many of the talks that took place during the latter.

19 July 2017
An audience of more than 60 people were welcomed to INI from 17:00 onwards for an open audience and drinks reception with artist Nigel Hall RA. Nigel, whose works are exhibited across the globe from New York’s Museum of Modern Art (MOMA) to the Tokyo Metropolitan Art Museum, was joined by Dorothy Buck (Professor of Mathematical Biology, University of Bath; co-organiser of INI’s HTL programme) and Barry Phipps (Fellow and Curator of Works of Art, Churchill College). The ensuing conversation examined the complex and inspiring relationship between art and mathematics, told via the medium of Nigel Hall’s compelling geometric artworks. Many of these artworks – ranging from maquettes to framed drawings and a major outdoor sculpture – were on display at the Institute.

> Below the following timetable you will find many of days talks available as on-demand videos.

> You can click here to see a gallery of images from the day’s celebrations. 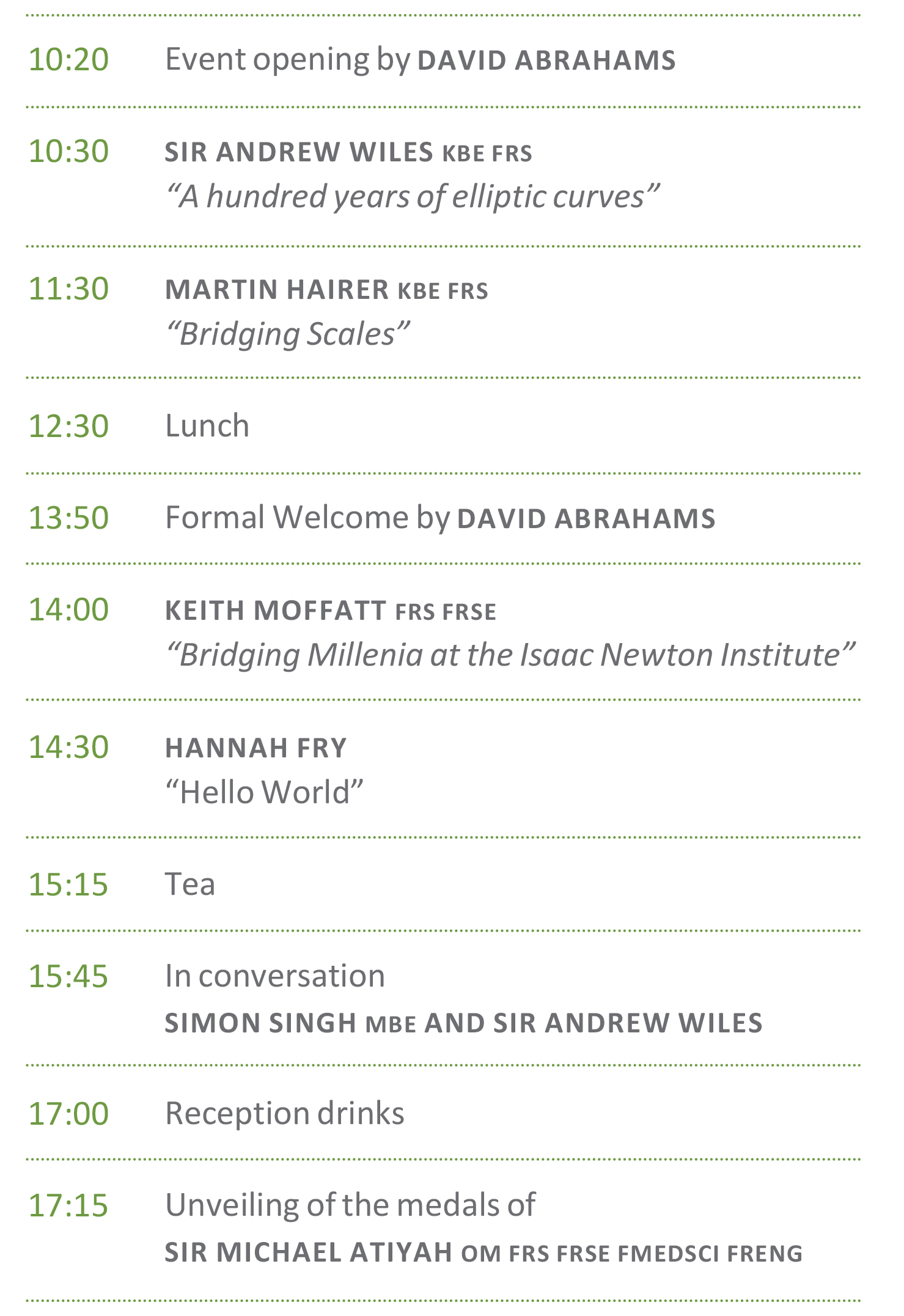